The intermediate level workshop Analyzing & Visualizing NextGen Reads with Magic-BLAST – [Archived] is designed for biologists who are comfortable working with the command-line (bash) and who are interested in performing some early analysis on their next-generation sequence data in comparison to an annotated reference sequence.

– Materials: Analyzing & Visualizing NextGen Reads with Magic-BLAST
– A Jupyter Lab notebook link is at the bottom of the page
– Slides: The Jupyter Lab notebook is used instead
– Recoding: will be available by the end of December or early January (2 weeks after broadcast on December 13th)

Analysis of next-generation sequencing (next-gen) of the numerous short reads can be challenging and calls for specialized software. Next-generation reads are aligned to a reference nucleotide sequence using Magic-BLAST, an adaptation of the BLAST algorithm created by NCBI. The read alignment outcomes from Magic-BLAST can be imported into one of the genome browsers provided by NCBI to be visualized with your selection of annotation tracks. As a result, you can quickly check the sequence set for genetic variants and map probable gene annotations without having to go through a sequence assembly stage.

This workshop is designed for researchers already working with next-gen data and performing DNAseq or RNAseq experiments who use command-line tools for bioinformatic analysis.

In this workshop you will learn how to:

The material is access via a Jupyter Lab notebook by clicking on the Jupyter Logo at the bottom of the workshop page Analyzing & Visualizing NextGen Reads with Magic-BLAST. This will run on a server hosted by “Binder” 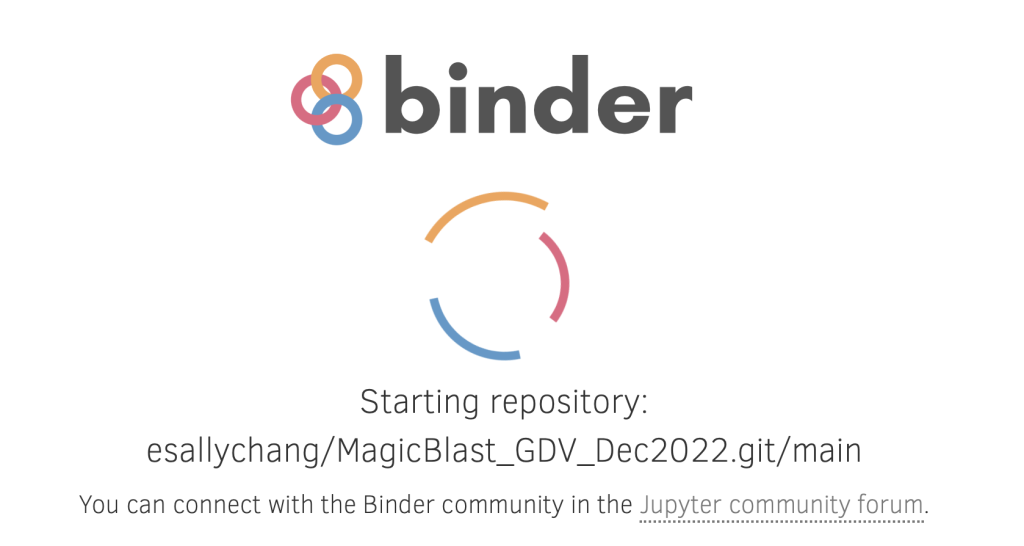 The image above presents a summary of the workshop and the 3 analyses (Objectives) demonstrated.